“This malaise, the feeling that there is nothing new, is itself nothing new of course.”[1]

“In the throes of limerence, as with hypochondria, my attention is doomed to slip away from daily tasks into hours of litany and quantification: recounting the evidence for and against; calculating the odds; assembling and reassembling the narratives in which x is true and in which it isn’t.”[2]

Every two weeks, a conservative newspaper or news reporter writes an exposé on the negative effects of the Internet on our abilities to socialise. We’re all too vain! Allegedly, we’re all lonelier, constantly surrounded by images of ourselves and others, comparing and competing! Gasp! And yet, we are also in charge of our own image and this thrusts us out into the world, even if it doesn’t want us. The selfie is a way to reclaim control over our representation. Are these images empowering or are they disempowering? Is Internet bad/physical contact good? Does it have to be one or the other?

Why did we revert to these underground social caves in the first place? I remember talking on the phone to my best friend for hours. We tried to do a love spell in her backyard using specifically coloured candles we’d caught a bus to purchase and clothes pegs. We also did a séance this one time. Now, I ignore phone calls from friends. I expressly told a friend recently that I “don’t do phone calls”. I don’t like awkward silences or not being able to read a person’s facial expressions.

We’ve been here before. Welcome to a world where we’re aware of our predicaments, but for numerous (some legitimate) reasons, we can’t address them. I often think of the tragedy of Joe Pantoliano’s character Cypher in The Matrix film, released in 1999. Someone ‘woke’ who wanted desperately to return to being ignorant. Sometimes knowing is such a burden. There is no enjoying yourself when you see the impact your hobbies and food choices have on others. Well, there are many Cypher’s in this world, are there not? Everything here, even if it’s not necessarily proven to be simulated, is socially constructed.

Things are happening right now. I feel in my uterus that something is changing. Maybe it’s just me? My period was 4-5 days late and that’s unusual. I hate that the moon and its gravitational pull causes my friends and I to have perfectly in-sync menstrual cycles. It’s almost like nature’s cry that something’s wrong, and the earth looks to us as matronly figures, caring and attentive to its needs. I am pretty sure pizza boxes don’t go in the recycling bin. I’m not entirely sure why. I carried a mesh bag in my backpack so I could do some impromptu food shopping, but the bag ripped, so I ended up using a plastic one anyway.

Cody Fern, though, wears the Margiela Tabi Split Toe Leather Ankle Boots. Someone made a Cody Fern playlist on Spotify. I’m not mad at it. Cody Fern posted at night, but it’s daytime in Los Angeles, so I’m guessing he’s not in Los Angeles, or maybe they posted it after it happened. Someone is actually getting a tattoo of his face on their body. My day starts with opening Instagram on my phone, checking to see if there are Cody Fern updates. My day ends with a quick check of Instagram to see if he saw all my fan art. He hasn’t yet. 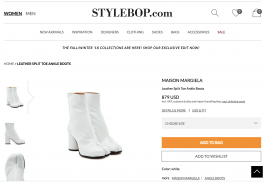 Featured across Runway Issue #38 Spectacle are the following art works:

The issue would not exist without the work of the all the contributors, the issue’s Managing Editor Kathleen Linn, Sarinah Masukor’s editorial input, Nina Gibbes’ design of Runway’s very first animated front and back covers, the Runway Board and Runway’s web developer Andrew Robards.

Natasha Matila-Smith (Ngāti Kahungunu, Ngāti Hine, Sale’aumua, Pākehā) is an artist and writer based in Tāmaki Makaurau. Inspired by her mixed cultural heritage, she approaches heavy themes with a sense of satire and humour. Her recent bodies of work look at contemporary social interactions and anxieties through the digital landscape and installation. Her recent exhibitions include Between you and me, ST PAUL St Gallery (2018) and Hard Feelings, The Honeymoon Suite (2018). She has contributed to online and print publications such as Un Projects (AU), Matters Aotearoa and Art New Zealand.