UNKNOWLEDGEABLE: THE SKILLED TACTICS OF DESKILLING

The deskilling of art practice is a Modernist inheritance. Its legacy arises from cyclical strategies of ‘skill-deskilling-reskilling ‘[i], employed to dismantle traditions no longer well-serving to art and society; patronage, misogyny, and the like. Deskilling was tactical, and those (grass)roots still grow today. In essence, deskilling defies an expectation that art should exhibit ‘skill’; skills being the refined ‘trained practices’[ii] that perform tradition. Whilst the ‘de’ in deskilling infers the removal of skills, they do not vanish but rather transmogrify. The skills of deskilling are knowing what is not known, and intentionally working within that unfilled gap. Deskilling turns away from the third strategy and its better-known cousin, reskilling, to instead create unknown possibilities.

Deskilling has been underrated, perhaps due to the ensuing trail of critical utterings to the effect of ‘my six year old could make that.’ This dismissive criticism around art’s perceived loss of skill makes many assumptions — not least about six year olds. To see deskilling solely as loss implies that artists who have inherited this so-called disinheritance are inhibited by (or even possess) a lack of traditional skills. What is less appreciated is that artists, especially contemporary artists and their audiences, can be empowered as beneficiaries of deskilling. For in the apparent absence of skill or deliberate break from tradition, an informal (un)knowledge develops through critical minds and hand thinking. The strength of (un)knowledge and its casual aesthetic, is a sharing in not knowing. 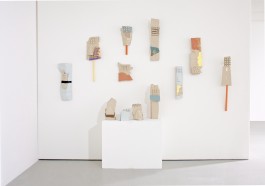 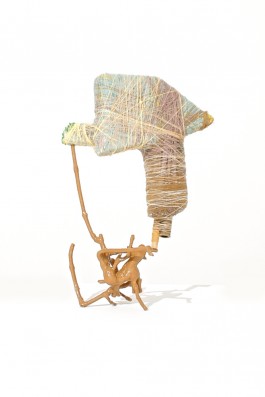 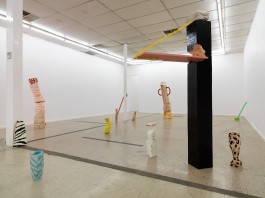 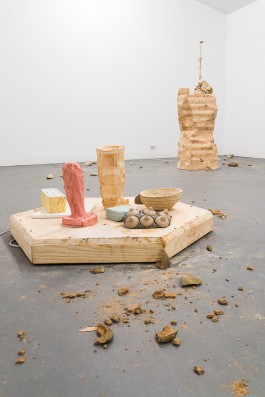 (Un)knowledgeable art’s power is its inclusiveness: its aesthetic is the antithesis of exclusionary tradition. Tradition, the false culprit here, is strictly only guilty of providing security through patterned conventions and offering the safety of ‘knowing’ within its borders. Politically however we have a history of protecting borders, and to use Richard Sennett’s metaphor, traditions regularly relocate from bazaars into cathedrals, hence into ‘closed-knowledge systems’[iii] fearful of incursions and interlopers. Aesthetic breaks in tradition, such as ‘sloppy craft’[iv], de-pedestaled sculpture, or use of everyday materials, can alert border patrols that gatecrashers are nearby. During 1960s counterculture, women were frequently interlopers, and deskilled and dematerialised conceptual practices were, according to Lucy Lippard’s memory of the branch she lived through, activated by the ‘political ferment of the times’[v]. Art cared and reacted against exclusion, demonstrating this through inclusive and accessible artworks not adhered to traditionally-skilled knowledge.

Adelaide-based artists, and recent collaborators, Louise Haselton and Ben Leslie are tactical purveyors of this deskilled legacy through their own caring and sharing of (un)knowledge. Their skills, from a deskilled perspective, are knowing what they do not know (and staying willfully ignorant), knowingly working in unknown realms, and knowing when to stop. All of this deskilled knowing is a subterfuge away from skill; to cut through instructional language, rational logic, and often perfectionist tendencies, which can hinder creative practice. Being technically correct infers there is a ‘right’ way, and regularly something gets lost in an overdetermined ‘rightness’ that occurs in transference from amateur to professional,[vi] for artists and audience alike.

Caring within Leslie and Haselton’s practices is transferred through invisible emotional labour and embodied materially in ‘deskilled’ familiar acts, such as wool-winding or block-stacking. These slightly clunky and wobbly actions not only betray on the ground thinking and fallible human hands, but offer aesthetically relatable ins as points of connection for the similarly deskilled. For Leslie, his body-sized wood stacks (and glue) become a messy remix of skill and (un)knowledge when chain-sawed with his trademark ‘Flintstone precision.’[vii] The heroic gets whittled back to unmonumental, relatable proportions. Haselton arrived at repetitious yarn winding in Explanatory gaps (2014) when searching for a solution to bind stuff together to build sculptural form. She found others trying to find their own answers had used this wrapping method too, and openly nods to Judith Scott, Anton Alvarez’s thread wrapping machine,[viii] pre-modern traditions of string-binding, and maybe a six year old somewhere. What gets reinforced by this shared action is a reassurance that human hands and minds connect in not knowing.

Connective (un)knowledgeable art is thus affective labour, situated within this immense field that Jan Verwoert describes as ‘encompass[ing]… all practices that create and sustain conviviality.’[ix] The collaborative process between Haselton and Leslie, seen in the series Five necklaces for Uncle Toecutter and The loveliness of the catacombs[x] is akin to making friends in a bazaar (aka Fontanelle studios). This unplanned and unexpected collaboration occurred through proximity and seeing possibilities within Leslie’s haphazard sculptural-lumps. Quiet off-cut coveting, then nighttime gift-givings were painted into slow exchanges and intriguing conversations (as the titles infer). Small acts of adhering false eyelashes necessarily ensued.

Deskilled art wears its accessibility, boundary-less-ness, and literal show of hand, writ large — like one of Uncle Toecutter’s necklaces. It invites us to feel an (un)knowledgeable human connection through its aesthetic proximity; its inclusive displays of deskilled-ness. Connection is the glue and wool-binding of society, and as Verwoert claims ‘society only comes into existence when people feel themselves exist in relation to each other.’[xi] Relational feelings arising from skilled deskilling, including those behind the ‘my-six-year-old-could-make-that’ smokescreen, is an inheritance that keeps on giving.

Sera Waters is an artist, writer and lecturer based in Adelaide. She is currently investigating the recurring ghosts of Australian settler colonialism through her PhD candidature at University of South Australia. In 2006 Waters studied embroidery at the Royal School of Needlework (UK) through the Ruth Tuck Scholarship, and since that time her practice has been characterised by darkly stitched meticulousness. Her black-works and handcrafted sculptures have been and exhibited across Australia and in Germany; most recently in solo exhibitions Dark Portals, at the Lawrence Wilson Art Gallery, University of Western Australia (2013), and Ghostscapes at Fontanelle Gallery, Adelaide (2014).

Waters has written for journals including Art Monthly, Artlink, Un Magazine, Eyeline and craft + design enquiry, and was a founding presence with the Adelaide zine, Vitamin (2004-2010). She also regularly writes catalogue essays for artists. Her paper, ‘Repetitive Crafting: the shared aesthetic of time in Australian Contemporary Art’, was presented at the AAANZ conference (2010) and later published in craft + design enquiry (2012). Through both her writing and art she continues to develop her theories around the affective powers of repetitious acts.