MY HOUSE IS NOT YOUR HOUSE

Going to my friends’ houses as a child taught me a lot about the world. Or, more specifically, the pocket of the world that I occupied. The first time that I stayed over at an Anglo-Australian household was the first time I truly realised I was “different”. I had culture shock two blocks away from home.

The food was unfamiliar, I didn’t know how to set the table, and I brushed my teeth at the wrong time of day. It baffled me that people wore shoes inside the house. To me, shoes were always taken off and left at the door. At home, we had a hierarchy of slippers for indoors and out. God forbid if you ever wore your indoor slippers in the garden. Or even worse, your outdoor shoes inside.

Having friends over was equally nightmarish. Upon arriving, my unassuming Anglo friends and their parents would burst through the door and trample all over my family’s pristine carpet. When I would ask them politely to take off their shoes, the reactions were curious. The parents were overwhelmingly embarrassed and apologetic. My friends did not understand and kept asking why. Culture doesn’t warrant explanations, it just is. I could have asked the same about why they used forks.

Growing up, I did not take pride in my cultural identity. The only time I saw people of Asian heritage on mainstream television was to accompany news segments about Pauline Hanson. There was not a single character in movies that I associated with. Don’t even get me started on Mulan; I saw right through those American liberal ideals hidden behind exotic pan-Asian tropes. Only recently have I been able to come to terms with these experiences and positively identify as Chinese-Australian.

We tend to seek out people who share our experiences. Last year, I was looking for a mentor to help with an upcoming exhibition, which challenged Australian national identity. I thought I would turn to an Asian curator who might empathise with my experiences. With so much interest in Asian art in the past decade, I thought they would be an easy find. I was wrong. I trawled the Asian departments of every major public art institution — NGA, NGV, AGNSW, QAG/GOMA, and Art Gallery of SA — and could not find a single Asian Asian curator. (I have since learnt that there are, maybe, two.) Looking at the diversity of senior management at these galleries was equally as grim.

When there is such a dire lack of cultural representation, it can only point to a structural issue. Structural racism is ‘the normalized and legitimized range of policies, practices, and attitudes that routinely produce cumulative and chronic adverse outcomes for people of [colour]’.[1] Unlike racism on an individual level, which is often direct and physical, structural racism is much more insidious. Dr Tim Soutphommasane, Australia’s Race Discrimination Commissioner, suggests that, because they are often implicit, structural or systemic issues are also harder to legislate and litigate against.[2] The most pervasive form of racism, which is imbued within our societal systems, is also the hardest to identify and combat.

In the business and government sectors, there are suggestions of a ‘bamboo ceiling,’ which sees Asian-Australians under-represented in leadership positions despite being disproportionately high-achieving.[3] Much of this is attributed to implicit biases when hiring and promoting — the tendency for people to hire or promote from within their own networks or from those they feel (culturally) more comfortable with. Indeed, this is further problematised by prevailing stereotypes of Asians as quiet and submissive, which do not fit with Western (male) ideas of leadership, such as extraversion and dominance. Many of these biases also contribute to the glass ceiling for women and the general lack of diversity at top levels.

According to the most recent Census, approximately one in seven Australians have Asian heritage and two-fifths of the population comes from a non-Anglo background.[4] If an organisation does not even begin to reflect this diversity, then there is probably an underlying structural problem. You can’t call yourself the National Gallery of Australia if your staff meetings look more like the National Gallery of Anglo-Australia.

Art and culture have an extraordinary ability to connect. People flock to Asian art galleries to learn more about that part of the world. So why don’t these institutions internalise some of this cultural learning? Studies have shown that organisational diversity contributes to innovation and market growth.[5] Cultural institutions have the perfect opportunity to lead in this space and find best-practice solutions.

To do so, however, they need to understand and overcome existing power (or disempowering) structures. Sherry Arnstein’s ‘Ladder of Citizen Participation’ offers a framework for understanding different levels of inclusion or participation.[6] Non-participation occurs when the structure is not designed for participation, but instead caters for a one-way, top-down ‘education’. Tokenism, on the other hand, allows groups to have a voice, but does not allow them to be involved in the final decision-making. I would argue that most consultation, engagement and diversity programs fit into this latter category. Citizen Power occurs when participants have decision-making authority at the top.

Public cultural institutions have a responsibility to represent, respect, and empower the communities they serve, particularly if they are presenting works from these communities. Leadership needs to come from within the community and these people need to be given real decision-making authority. Institutions need to move away from a model of learned study and start prioritising lived experience. I have lost count of how many “whitesplainers” have tried to teach my culture back to me and get it horribly wrong. No matter how well meaning, how many years they have spent in Asia, or to whom they are married, non-Asian people will never understand the nuances of being Asian. Regardless of how much I am bombarded by it, I will never truly understand Anglo culture – trust me, I have tried. I highly doubt it can happen the other way around. 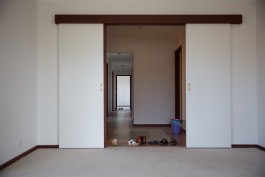 I write about visual arts institutions, but the same applies to ‘Asian’ festivals like OzAsia and AsiaTOPA; and some Chinese New Year celebrations where the director or team of decision-makers are non-Asian. I understand that these organisations and festivals market to a wide audience and often rely on non-Asian investors and stakeholders. But who better to do that than an Asian-Australian who has spent most of their lives negotiating, interpreting, and explaining their culture to the mainstream?

If these institutions want to present Asian art and culture, they need to value Asian perspectives and sensibilities by appointing Asian people in their organisation – at all levels, not just in the community engagement department. It is not acceptable to just show incredible Asian art, but not undertake any of the hard work to fix systemic problems. Having non-Asian people interpreting and making decisions about Asian art denies our self-representation. We need the space and power to explore our own narratives and lead the conversations about our art and culture.

My house is not like your house. Please, show respect and leave your shoes at the door.

Tian Zhang is a curator and creative producer interested in exploring diverse modes of thinking, creating and practicing, often with a socially-engaged or experimental focus. Her work is informed by previous studies in social psychology as well as lived experience, seeking to highlight and understand social issues to facilitate change. She is currently interested in issues of culture, marginalisation, feminism, decolonisation and the intersections between these.

Her most recent project, I Am, You Are, We Are, They Are (Peacock Gallery Auburn, 2017) explored personal identity within the context of national identity and has been nominated for a Museums & Galleries NSW Imagine Award. She has also recently been selected to participate in the Australia Council’s Future Leaders program in 2018 for high-potential leaders from the Asia-Pacific region.

Tian is an experienced creative producer, working both site-specifically and across disciplines. She is currently the Producer at Urban Theatre Projects, working on the award-winning Bankstown:Live (Sydney Festival, 2015), Home Country (Sydney Festival, 2017) and the documentary One Day For Peace (2015), screened on ABC’s Compass.